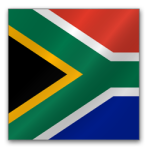 The South African Competition Tribunal has green-lighted the almost $12bn (R106bn) Nestlé/Pfizer deal, which will combine the largest and 3rd-largest infant-nutrition companies in the South African republic, leaving competitor Aspen in second place.

The conditions imposed by the Tribunal echo those accepted by the E.U., the Australian and other authorities, which require the merged entity to license certain of its brands to independent third parties, for up to 10 years post-closing, in order to stimulate and maintain a competitive marketplace.

To seasoned antitrust practitioners, certain aspects of the deal ring a bell — although the outcome is diametrically different (except for Mexico, where the transaction has been rejected thus far by the authorities): I speak of the Heinz/Beech-Nut U.S. deal in 2000, where the FTC blocked the deal. In the agency’s view at the time, the only competitive constraint, according to the FTC, was the Gerber company, which would have been the sole effective remaining competitor. For a retroactive analysis on this, see here for one of the voting Commissioner’s point of view. The FTC promptly sued to block the 3-to-2 “Baby Food” deal, as it became known in the antitrust world, and ultimately prevailed both at the court level and, in the end result, with the parties’ abandonment of the merger while an appeal was pending.

In conclusion, it appears that the efficiencies defence, creative design of remedies (e.g., licensing), and overall agency outlooks have changed in more than a decade, after all.