While the media headlines are largely filled with the disruptions that took place at the State of the Nation Address (SONA) by President Jacob Zuma on 9 February 2017, the President made an important remark which, if true, may have a significant impact on competition law in South Africa, particular in relation to abuse of dominance cases.

In this regard, the President stated that:

“During this year, the Department of Economic Development will bring legislation to Cabinet that will seek to amend the Competition Act. It will among others address the need to have a more inclusive economy and to de-concentrate the high levels of ownership and control we see in many sectors. We will then table the legislation for consideration by parliament.

In this way, we seek to open up the economy to new players, give black South Africans opportunities in the economy and indeed help to make the economy more dynamic, competitive and inclusive. This is our vision of radical economic transformation.”

Neither the President nor Minister Patel have given any further clarity as to the proposed legislative amendments other than Patel’s remarks early in January 2017 in which he stated that:

“The review covers areas such as the efficacy of the administration of the Competition Act, procedural aspects in the investigation and prosecution of offences, matters relating to abuse of dominance, more effective investigations against cartels and the current public interest provisions of the act.“

Says John Oxenham, a competition attorney who has closely followed the legislative and policy developments, “despite the broad non-committal remarks by Minister Patel, it is clear that the Minister is zealous in having the ‘complex monopoly’ provisions brought into force to address in order to address, what the Minister perceives to be, significant abuse of dominance in certain concentrated markets.”

In terms of the provisions, as currently drafted, where five or less firms have 75% market share in the same market, a firm could be found to have engaged in prohibited conduct if any two or more of those firms collectively act in a parallel manner which has the effect of lessening competition in the market (i.e. by creating barriers to entry, charging excessive prices or exclusive dealing and “other market characteristics which indicate coordinated behavior”). 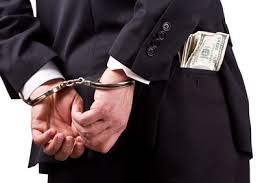 Despite having been promulgated in 2009, the ‘complex monopoly’ provisions have not yet been brought into effect largely due to the concerns raised as to how these provisions will be enforced, says Primerio Ltd.’s Andreas Stargard: “It is noteworthy that the introduction of criminal liability for directors and persons with management authority who engage in cartel conduct was also promulgated in 2009, but surprised most (including the Competition Authorities) when it was quite unexpectedly brought into force in 2016.”

Minister Patel was no doubt a key driving force behind the introduction of criminal liability and it would, therefore, not be surprising if the complex monopoly provisions are brought into force with equal swiftness in 2017.