Getting to a new Public Procurement mindset

Mauritius has long been one of those countries which favours restrictions in Public Procurement in order to limit the number of entities which can bid and benefit from Government or Government related tenders.

For lack of a better approach, tenderers restrict the number of entities which can bid by automatically asking for significant years of experience and operation and proven track records. This is the historical way in which tenderers consider that they will not end up with non-performing companies winning bids. Unfortunately, this system has led to a reduction in competition and an increase in joint bidding with local and international companies in order to comply with possible criteria which one entity on its own may not have.

Enter in 2009, a Competition framework and legislation which provides tools to change, at least for some sectors of the industry, the above mindset in Government, along with tools to sharpen competition between bidders who can use its principles to question authorities and competitors alike.

On the public-sector side, any corporation or Government company which ‘engages in commercial activity for gain or reward’ falls within the competition legislation and has to abide by it.

What this also means is that if such a Government Corporation or company (or parastatals as they are coined locally) is a monopoly in its market, it is also subject to the restrictions under competition principles which are generally applicable to any monopoly, and prohibited from exclusionary or exploitative conduct.

What it boils down to is that a monopolistic Government enterprise issuing tenders and awarding to any winning bidder a resulting contract containing clauses exploiting its monopoly position or excluding competitors could be considered as an abuse of its monopoly position by the Competition Commission. 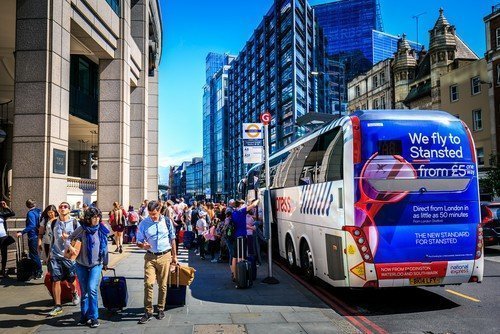 ATS, the losing bidder, brought a competition action alleging abuse of dominance by Luton Operations. The claim was based on alleged unfairness of the tender procedure and terms of the new contract, which included, in short, a seven-year exclusivity over routes of London and a right of first refusal over new routes to London.

The duration of the exclusivity was actually increased from 5 to 7 years during post-bid negotiations with the winning bidder National Express in return for a greater share of the revenue.

The Court confirmed that the grant of exclusivity for a long period to a single competitor had a distortive effect on the downstream market (for bus services between Luton Airport and London) by preventing any other operator from entering the market. The Court also went further to say that even if there was room for only one operator, a well-run competitive tender should mimic the competitive process by awarding the contract to the operator that offered the best service to consumers rather than the highest fee to the body awarding the concession.

The distortion was aggravated due to the extended exclusivity which could not be justified. In conclusion Luton Operations were found to have abused their dominant position, inter alia, in the grant and duration of the exclusivity to National Express and the right of first refusal over new routes.

In conclusion, the tools are here. Let us see how far the Mauritius private sector takes the game to the public sector on changing the Public Procurement mindset.