The South African mobile operator landscape can be described as a microcosmic reflection of the larger African experience: Mobile technology is exponentially more developed than what an outside observer would otherwise predict, based on distinct economic predictors.  One of the key reasons for this highly-developed sub-Saharan mobile world is the concomitant lack of hard-wired infrastructure, necessitating that mobile make up for the copper-wire slack.  Other reasons include the hot topic of mobile banking (again: lack of brick-and-mortar banks necessitates mobile banking alternatives, such as M-Pesa’s services, on which AAT has reported extensively).

South Africa, as the continent’s largest (or second-largest, depending on whether you trust the revised Nigerian GDP numbers) economy, is of course at the forefront of the African mobile/internet frontier.

First, Vodacom ZA plans to acquire Neotel, a large S.A. internet provider, for 7 billion Rand (circa $650m).  This transaction will, of course, be subject to merger review by the South African Competition Commission (“SACC”).

Second, Vodacom has confirmed the prior reports of its competitor Cell-C’s October 2013 complaint, accusing Vodacom of discriminatory pricing, which is now being taken rather seriously by the SACC, according to TechCentral’s reporting.  On that front, Vodacom’s spokesman Richard Boorman is quoted as using classic competition-law argumentation as a clever shield:

“Cell C is apparently arguing for an increase in the price that Vodacom customers pay to call other Vodacom customers. It’s hard to argue that increasing prices would be a benefit to consumers.”

Vodacom’s official press statement on the Neotel deal follows below:

Further to the SENS announcement on 30 September 2013, Vodacom has reached an agreement with the shareholders of Neotel Proprietary Limited (“Neotel” or the “Company”) to acquire 100% of the issued share capital in, and shareholder loans against, Neotel for a total cash consideration equivalent to an enterprise value of R7.0bn.

Principal benefits of the transaction

Neotel, which started operations in 2007, is the second largest provider of fixed telecommunications services for both businesses (commonly referred to as enterprise services) and consumers in South Africa. The company has access to over 15,000 km of fibre-optic cable, including 8,000 km of metro fibre in Johannesburg, Cape Town and Durban. Neotel also has access to 2 x 12 MHz of 1800 MHz spectrum, 2 x 5 MHz of 800 MHz spectrum and 2 x 28 MHz of 3.5 GHz spectrum.

Neotel will become a subsidiary of Vodacom South Africa and the combination with Vodacom’s South African fixed enterprise business will create a national service provider with annual revenues of more than R5bn.

Vodacom sees a significant opportunity to accelerate growth in unified communications products and services by integrating its extensive distribution and marketing capabilities with Neotel’s fixed network and product capabilities. The combined entity will be able to offer an expanded and enhanced range of converged services (e.g. hosted PBX, OneNet) to enterprise customers. Vodacom estimates revenue synergies with a total net present value of approximately R0.9bn after integration costs.

Enhancement of next generation network capabilities in South Africa

The combination of Neotel’s and Vodacom’s networks will improve overall network availability and reduce the cost to serve customers. The combined business will also be ideally positioned to accelerate broadband connectivity in line with the South African Government’s broadband targets, enabling Vodacom to take a leading position in the fibre to the home and fibre to the enterprise segments of the market.

The combined entity will also be able to use the radio spectrum currently assigned to Neotel more effectively. This spectrum will enable Vodacom to accelerate the roll-out of LTE (commonly referred to as 4G) services, providing high speed, high quality wireless connectivity to a greater proportion of the South African population.

Vodacom expects to achieve substantial cost and capex synergies with an annual run-rate of approximately R300m before integration costs in the full fifth year post completion, equivalent to a net present value of approximately R1.5bn after integration costs. These savings will primarily be derived from the joint utilisation of Neotel’s extensive fibre network and the elimination of overlapping elements, joint procurement and the combination of overlapping administrative functions. The transaction values Neotel at a multiple of 8.8x annualised 1H2014 OpFCF, adjusted for cost and capex synergies.

Additional information on the transaction

Vodacom will fund the acquisition through available cash resources and existing credit facilities.

The transaction remains subject to the fulfilment of a number of conditions precedent including applicable regulatory approvals and is expected to close before the end of the financial year.

“Through the combination of these two businesses, the provision of a wider range of business services and much needed consumer services like fibre-to-the-business and fibre-to-the-home becomes a concrete reality – it will be good for the consumer, good for business and good for the country.  And for our investors, the transaction fits perfectly within the priorities of Vodacom’s growth strategy focused on continuing our investment in data and our Enterprise business.” 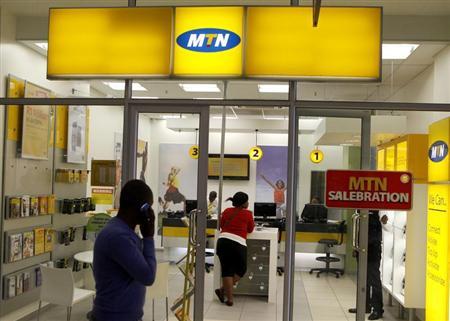