In the wake of the dust settling around the recent settlement agreement reached between ArcelorMittal (AMSA) and the South African Competition Commission (SACC), it may be an opportune time to consider the appropriateness of behavioural penalties levied in respect of firms engaging in cartel conduct or abuse of dominance practices.

In terms of the AMSA settlement agreement, AMSA admitted to contravening the cartel provisions contained in the Competition Act and agreed to pay a R1.5 billion (in instalments of no less than R300 million per annum for five years) administrative penalty. In addition to the administrative penalty, AMSA also agreed to invest approximately R4,6 Million into the South African economy for the next 5 years (provided the prevailing economic conditions render such investment feasible) by way of CAPEX obligations.

Furthermore, a pricing remedy was imposed on AMSA in terms of which AMSA undertook not to generate earnings before interest and tax of more than 10% for the next five years (which could be amended on good cause shown, but was capped, in any event, at 15%).

The nature of the settlement terms as agreed to by AMSA is not, however, a novel feature in settlements before the South African Competition Authorities. In 2010, the Competition Commission settled its investigation in relation to Pioneer Foods’ activities in the maize and wheat milling, baking, poultry and eggs industries (the settlement came after the Competition Tribunal had already imposed a R197 million administrative penalty against Pioneer in respect of its participation in a bread cartel).

In terms of the settlement agreement, Pioneer undertook to:

Furthermore, and more recently, the consent agreement with edible fats producer Sime Darby Hudson Knight (“Sime Darby”), is a further example of a consent order which included financial undertakings in addition to paying an administrative penalty.

In terms of this consent agreement, Sime Darby undertook to invest and establish a warehouse for the distribution of its products into territories which it had previously not distributed its products into, due to the market allocation agreement which formed the basis of the complaint. Sime Darby also committed to contributing to funding the entry of a BEE distributor.

It is, therefore, an important factor for respondents who find themselves in settlement negotiations with the Competition Commission to consider alternative terms of settling a matter as opposed to merely focussing on the administrative penalty itself.

From an agency’s perspective, the costs associated with behavioural conditions must be carefully weighed up as they also tend to require ongoing, and occasionally extensive oversight by the authorities. Furthermore, it is important to ensure that behavioural remedies are not abused, both by the authorities and by respondents. 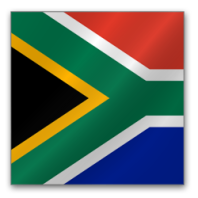 While settlement negotiations are inherently flexible, it is important that agencies ensure an objective and a transparent methodology in the manner in which they approach the quantification of a settlement agreement. This has certainty been strived for by the Competition Commission when it elected to publish Guidelines on the Determination of the Calculation of Administrative Penalties (Guidelines). The objectives of the Guidelines, may however, be undermined in light of the broader behavioural and public interest related conditions imposed in recent cases.

A clear and objective point of departure would be favourable for both the agency itself and the relevant respondent in being able to conclude settlement negotiation expeditiously.

A further important consideration, which is particularly highlighted in the AMSA settlement agreement, is whether the remedies provide for an adequate deterrent factor and/or address the relevant harm.

Importantly, in the AMSA matter, AMSA’s R4.6 million CAPEX expenditure investment was as a result of a complaint into alleged abuse of dominance. In terms of the settlement agreement, AMSA did not admit liability for having engaged in abuse of dominance practices.

It may be that the Commission did not wish to spend the significant resources in prosecuting an abuse of dominance case, or that the Commission took the view that any abuse of dominance finding would likely only be in respect of the general prohibition against exclusionary conduct, as per Section 8(c) of the Competition Act, which carries no administrative liability for a first time offence.

Accordingly, it may have been a strategic weighing up of the ‘costs versus likely penalty’ which shaped the Commission’s strategic decision.

Whether or not such a strategic decision is justified is not a particular focus of this article. What we do wish to highlight, however, is that absent an admission of liability, a third party who seeks to pursue follow-on damages will be precluded from bringing a civil damages claim against AMSA. This was confirmed by the Supreme Court of Appeal in the Premier Foods matter in 2015.

Shifting our train of thought to another issue, although not unrelated, is the question as to what exactly constitutes an administrative penalty?

The question was raised, although ultimately not decided by the Competition Tribunal in the recent Media 24 predatory pricing case.

At the hearing the Competition Commission had proposed, as one of its remedies that Media 24 undertake to establish a R10 million development fund to fund a new entrant into the market.

Media 24 objected to the proposed remedy and raised the argument that the remedy proposed by the Commission would effectively be an administrative penalty, which is not a permissible sanction in terms of the Competition Act.

The Competition Tribunal elected to evaluate the remedy from a practical perspective, finding that the proposed remedy would not be suitable or effective, but deliberately kept open the legal question as to whether or not a remedy which requires any financial commitment from the respondent would effectively amount to an administrative penalty.

The question is rather vexing and may require clarification in due course.

Assuming that the proposed remedy in the Media 24 case would indeed amount to an administrative penalty, the question would naturally arise whether a CAPEX undertaking, as was the case in the AMSA matter discussed above, would also be considered a form of an administrative penalty. If so, then due consideration should be had as to whether the aggregation of the ‘stated administrative penalty’ (i.e. the R1.5 billion in AMSA’s case) together with the behavioural remedies imposed in AMSA (a minimum of R4.6 billion), should be calculated for purposes of determining whether the statutory cap of 10% of a firm’s turnover has been exceeded.

While we do not pronounce our views on this issue, suffice it to say that firms engaging with the Competition Authorities with a view of concluding a settlement agreement are entering into a ‘new world’ and there are a number of options, avenues and risks associated in ultimately negotiating a settlement.

Accordingly, the issues raised above may be particularly useful in the manner in which firms embark on their settlement strategies.