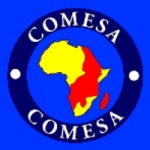 The COMESA CCC has approved (without any commitments) two notified mergers, as it announced on its web site today.  They are the first of their kind, with at least one additional notification currently pending.

The two deals, including the first-ever notification to the COMESA Competition Commission (“CCC”) of the Philips/Funai Electric transaction, lay the groundwork, in principle, for future COMESA merger reviews. That said, the approval notices (here and here) come without any elaboration of the reasoning or competitive & economic analysis undertaken to clear the mergers, unfortunately.  The second deal involved pharmaceutical companies Cipla Limited and Cipla Medpro South Africa (Proprietary) Limited.

We will report more later, as we learn additional facts surrounding these transactions and their CCC review procedure.