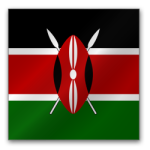 Safaricom offers a product named “M-Pesa” to its customers in Kenya and Tanzania.  M-Pesa is a mobile-phone based money transfer and micro-financing service, launched in 2007 for Safaricom and Vodacom, the two largest mobile network operators in Kenya and Tanzania. The service enables its users to deposit and withdraw money, transfer money to other users and non-users, pay bills, purchase airtime and transfer money between the service and, in Kenya, a bank account.  Users of M-Pesa are charged a service fee for sending and withdrawing money.

By 2010, M-Pesa became the most successful mobile-phone-based financial service in the developing world.

In light of the imminent launch of the Airtel product, Airtel has lodged a complaint with the Competition Authority of Kenya on the basis that Safaricom currently holds 78% of the voice market in Kenya, 96% of the short message service market and 74% of the mobile data market.  In addition, Airtel is of the view that these market shares make it impossible for Kenyan consumers to have a choice in operators. By 2012, 17 million M-Pesa accounts were registered in Kenya alone, which has a population of over 40 million.

There are a total of approximately 31 million mobile-phone subscriptions in Kenya in 2013, of which Safaricom accounted for 68%, Airtel 17%, Essar Group’s “yuMobile” 9% and Telkom Kenya Limited 7%.

However, Safaricom has indicated that cash transfers still account for 98% of the total transactions in Kenya and therefore it is impossible for any mobile-money entity to be a dominant player in the payments market.

In terms of Kenyan law, if a company controls at least half of the provision of trade of services or goods, the company will be considered to be dominant.  In Kenya, a conviction of abuse of dominance can lead to a five-year prison term and a USD 115 000 penalty

Kenya is quite clearly pushing on in relation to significant cases in sectors which affect the majority of the population, as discussed in the overview of maturing African competition regimes published last week.  However, it is noteworthy that in April 2014, Kenya’s telecommunications regulator granted approval for Safaricom and Airtel to buy Essar Group’s “yuMobile” and it is considering awarding licenses for at least three more telecommunications companies.  Orange SA has indicated that its operations may exit the Kenyan market, where it owns 70 percent of Telkom Kenya (which in turn accounts for 7% of the mobile phone subscriptions in Kenya).