Power Construction disputed this, arguing that it was never alleged by the SACC that Power Construction had contravened the Act. The SACC then opted to amend its referral to include Power Construction. On application to the South African Competition Tribunal (“Tribunal”), the Tribunal dismissed the proposed amendment on the basis that the SACC had failed to provide any material evidence to establish a prime facia case in favour the relevant amendment, stating that the burden remains on the applicant to prove that it is deserving of the amendment by putting sufficient factual allegations before the Tribunal.

In conclusion, the Tribunal also confirmed that the amendment could regardless have been rendered excipiable based on prescription. In this matter, the alleged conduct ceased more than three years prior to the Commission becoming aware of the conduct.

The SACC (being the appellant in the matter), brought an appeal to the CAC after the Tribunal held that the complaint initiated by the SACC was time barred in terms of section 67 of the Act.

The SACC disputed this and submitted that prescription in terms of section 67 of the Act should only commence from the date on which the Commissioner or Complainant acquired knowledge of the prohibited practice and, alternatively, that the Tribunal has a discretion to condone non-compliance with this 3-year time period. The latter issue was central to the dispute.

The question was further complicated by the fact that the SACC filed two compliant initiations against the respondents. The SACC submitted that the so called ‘second initiation’ was merely an amendment to the first initiation. So the SACC argued, even if the time period had begun running when the practice had stopped, the time period in question would still not have expired.

In relation to the issue of prescription, the CAC held that section 67 cannot be equated with section 12 of the South African Prescription Act which provides for prescription to commence  from the moment on which the “creditor acquires knowledge of the identity of the debtor and the relevant fact from which the debt arises”. Section 49B(1) of the Prescription Act provides for a much lower threshold, being the ‘reasonable suspicion of the existence of a prohibited practice’.

Accordingly, it must be accepted that the time bar in section 67 is intended to be a limitation of the Commissioner’s wide ranging powers (to prevent investigation into historic matters which are no longer in the public interest) and that the knowledge requirement contained in the Prescription Act cannot be read into this limitation as argued by the SACC. It follows then, based on this reasoning that there can similarly be no condonation by the Tribunal or the CAC on these matters.

The Tribunal was also called recently upon to decide two interlocutory applications, the first being a condonation application brought by the SACC in terms of section 54 of the Act for the late filing of its revised trial bundle (containing an additional 1221 pages), which was opposed by the respondents (Much Asphalt and Roadmac Surfing) and finally a counter application for costs against the SACC.

In terms of the condonation application, the SACC sought to revise the trial bundle on the basis that the revised trial bundle contained documents which were essential to its case (which were inadvertently omitted from its initial bundle) and had been re-organized in a manner that was less burdensome for all the parties involved. In support, the SACC argued, that the respondents wouldn’t be prejudiced by the late filing as the extra documents had already been discovered.

The Tribunal confirmed that the test for condonation must be ‘good cause shown’ by the SACC which should be assessed on case by case basis. The Tribunal held that the SACC had not shown good cause in this matter as it had ample time to furnish the respondents with the revised bundle and further found that filing the revised bundle at the 11th hour was unnecessarily prejudicial to the respondents. 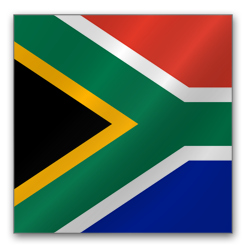 John Oxenham, director of Primerio says that these cases demonstrate the objectivity and impartiality of the adjudicative bodies which is an encouraging sign for respondents who do not believe that the case brought against them is procedural or substantively fair.

Fellow competition lawyer, Michael-James Currie says it is unfortunate that only the Competition Appeal Court makes adverse costs rulings and that the Competition Tribunal is precluded from doing so. Adverse costs ruling against the SACC should be reserved for matters in which there was clear negligence in the manner in which a case was investigated, pleaded or prosecuted. Such costs orders would, however, go a long way in ensuring that parties and in particular the prosecution agency, does not refer cases  to the adjudicative bodies (which have limited prospects of success) with no downside risk in losing the case.

Oxenham shares Currie‘s sentiment and suggests that adverse costs orders against the Commission will likely result in a more efficient enforcement regime as cases will be settled more expeditiously and respondents will be more reluctant to oppose the Competition Commission’s complaints with the knowledge that the SACC is confident in its case and prepared to accept the risk of an adverse costs order.