Antitrust in Developing Countries: Competition Policy in a Politicised World

Our friends at Concurrences Review are hosting the fourth edition of the joint conference co-organized by Concurrences & New York University School of Law, in New York City on October 27, 2017.

Tickets and more information can be obtained here.

Below is the interview of Tembinkosi Bonakele (Commissioner, South African Competition Commission) by Ioannis Lianos (Professor, University College London). The two will participate in the conference panel “Impact of the New Nationalism on Competition and Economic Development in Developing Countries.”

Competition authorities are increasingly interested in assessing the effects of mergers or other conduct on innovation. How is this concern over the promotion of innovation affecting the substance of competition law enforcement, and in particular the extraterritorial application of competition law, as innovation is often taking place in the context of global value chains? How should one resolve conflicts over competing visions over the impact of competition on innovation, as it seems to be, for instance, the case between the EU and the US, and possibly BRICS countries?

One of the aims of competition law is to encourage innovation. Firms and individuals are incentivised to innovate due to the protection conferred on their innovations by intellectual property laws (IP). Therefore, at least theoretically, competition and IP laws ought to be complementary. However, the conflicts between competition law and innovation/IP laws are increasingly coming into sharp focus within the context of global value chains. One such example is the recent global mega-mergers in the se 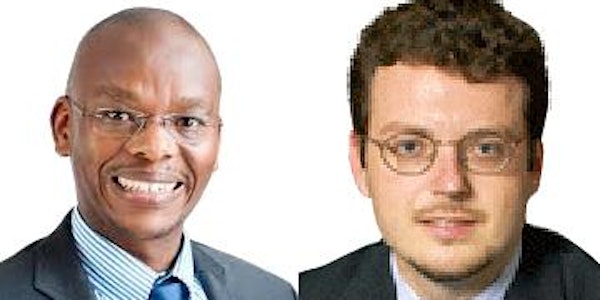 eds and agro-chemicals sectors. These mergers illustrate how multinationals can leverage their significant innovation and research resources by extending their IP protections through ‘ever-greening’ of patents, reciprocal IP cross licensing arrangements with close rivals, joint ventures and collaborative research and development. This level of collaboration suggests that the seed/agro-processing markets are likely more concentrated than is currently understood. From a policy perspective, competition authorities in both the EU and US seem supportive of this level of concentration based on the theory that such concentration increases innovation, notwithstanding their (unintended) global unilateral effects to which developing countries are especially vulnerable, given the centrality of agriculture for the sustenance of communities in their economies. The vulnerability of developing countries is further exacerbated by the fact that they are trying to regulate multinationals which have access to resources that dwarf the GDPs of many developing countries, and are able to lobby hard politically, against any interventions aimed at their activities.

Against this backdrop, the way forward for BRICS and other developing countries is to continue efforts to establish their own research platforms to enable the true impacts of the trade-off between innovation and competition law to be better understood from a developing country perspective. Furthermore, there is scope for greater global co-ordination amongst competition law agencies to ensure that global transactions are investigated and remedied in a co-ordinated manner.

Broader public policy concerns, than consumer welfare narrowly defined, are increasingly taken into account by various competition law systems around the world, in both developing and developed countries when assessing mergers and, in some instances, anticompetitive conduct. There is also increasing demand for a broader canvas of principles and values in order to assess business conduct, as this is demonstrated by the development of the concepts of “social” and “green” capitalism. Should competition law authorities explore more systematically this trend and eventually move to a public interest standard in assessing anticompetitive conduct, at least in some economic sectors (for instance involving primary goods, such as food, shelter, or with considerable environmental impact etc.)? What would be the implications for the global governance of antitrust?

Many countries already apply tests beyond the typical competition law tests in merger assessments, but they do not declare those tests in an open and transparent way. In contrast, South Africa’s merger regulation explicitly includes a public interest test and guidelines have been issued setting out how the test will be applied during merger assessment.

Should public interest cover some old and emerging social issues such as green issues or the environmental impact on food security, shelter and so on? I think there is scope for these to be part of an assessment of merger transactions, but their location need not necessarily be with a competition agency and they can be properly assessed through a different regulatory agency in a transparent manner. Countries should be allowed to structure their agencies the way they deem fit.

Within South Africa’s context, in order to address historical inequalities and economic and political imbalances, competition legislation specifically provides for both competition law and public interest standards in the merger assessment process. It bears specific mention that the courts have recently confirmed that both the competition law and public interest tests are of equal prominence in any merger determination process. In a developmental context, economic exclusion exacerbates inequality, poverty and unemployment and competition policy in conjunction with industrial policy (introduced through public interest) can break down barriers to entry and unleash innovation and new entry, which are pivotal to the unleashing of economic growth and development.

Thus, it is important to appreciate that approaches to competition law in the developed and developing worlds are diverse and that divergence should be tolerated and informed by context. This does not take away the need for global co-operation and sharing best practices. There are also instances where harmonisation may be desirable, like in regions with or striving for common markets.