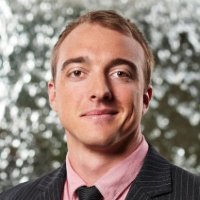 On 29 June 2018, the South African Competition Tribunal (Tribunal) penalised the RTO Group R75 000 for failing to comply with the Tribunal’s conditional merger approval in respect of two companies now within the RTI stable, Warehouseit and Courierit. The Tribunal approved the large merger in August 2015.

In terms of the Tribunal’s merger approval, a moratorium on merger specific retrenchments for a two year period was imposed – now a frequently imposed public interest related condition by the competition agencies in South Africa.

RTI, however, was penalised not for retrenching any employees during this window but for failure to adhere to the monitoring obligations as set out in the Tribunal’s conditional approval certificate.

In this regard, the merging parties were obliged to notify their employees (and Courierit’s subcontractors) of the conditions to the merger approval within five days of the merger approval date. The merging parties were also obliged to provide the Competition Commission with an affidavit confirming that the obligations in terms of the conditions had been complied with.

By way of a consent order, RTI admitted that it failed to comply with its monitoring obligations and agreed to pay an administrative penalty for breaching the Tribunal’s conditional merger approval.

Although there have been a limited number of cases in respect of which an administrative penalty has been imposed for a breach of the merger conditions, this case demonstrates the importance of fully complying with the terms set out by way of a conditional merger approval.

While there are mechanism’s available to merging parties to remedy any patently unworkable aspects contained in merger approval conditions, it is advisable to ensure that the conditions are practical and capable of being adhered to in full prior to being finalised – assuming the merging parties have that luxury.