South Africa has amended its antitrust laws, first introduced to the country in 1998 via its Competition Act.  Parliament ratified the amendments (which still have to be rubber-stamped by the National Council of Provinces, a mere formality) yesterday over the serious objections of the opposition parties.  The new law will give significant interventionist powers to the Minister for Economic Development, Ebrahim Patel, as well as introduce lower (or even reversed) burdens of proof for the Competition Commission (SACC) to make its case, after a long-running string of court losses and appellate defeats has seen the SACC’s track record weakened, observers say.

As reported on AAT Monday, a panel of Africa-focussed competition specialists had just recently convened in Johannesburg, warning the South African business community about the high probability of the Bill’s passage, as well as addressing the adverse effects the Bill will have on doing business in South Africa as a medium to large size market player (measured in market share, not merely revenue) or simply as a foreign-owned corporate. 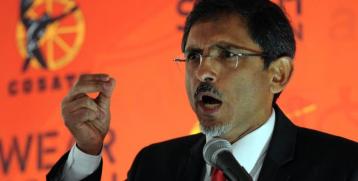 Interviewed yesterday in Cape Town, where the Amendment Act was ratified by South Africa’s Parliament, Primerio competition practitioner Andreas Stargard commented: “As we foreshadowed at our conference less than a week ago, the likelihood of the Bill passing was high.  Political, populist pressure was simply too strong for this amendment — which had been introduced as a so-called ‘prioritised bill’ that could be fast-tracked — not to pass.  We view the likely effects of it as a serious departure from commonly accepted best practices in the international world of antitrust law, as we outlined to our clients at the Johannesburg conference.  I will be curious to hear what Commissioner Bonakele’s comments on these critiques will be at Friday’s conference at New York University“, referring to an event sponsored by NYU and Concurrences, at which the SACC Commissioner is expected to deliver a panel speech later this week.

Commenting on the purported social transformational goals, South African competition partner John Oxenham adds: “There is a relentless push from government (not only Mr. Patel) to use the Competition Act as a tool to speed up its broader social and transformation goals.  The underlying reasons for this Amendment are rather straightforwardly conceded by the current, and arguably presently fluctuating, administration: the Bill was ostensibly designed not to enhance competitiveness in the traditional antitrust sense, but rather to address so-called market concentration and perceived unequal ownership patterns in the SA economy.”