As AAT reported recently — see “Growing Pains: From One-Trick Pony to Full-Fledged Enforcer?” — the COMESA Competition Commission (CCC) has begun to move from being a pure merger-control administrator to becoming a full-fledged antitrust enforcer.  The CCC issued a Notice calling on firms to notify the CCC of any agreements (both historic and forward-looking) that may be anti-competitive, for the purpose of having such agreements ‘authorised’ or ‘exempted’ under Article 20 of the COMESA Competition Regulations.  (More details on that regime are in our June article, referenced above.)

AAT has now learned that several companies have taken the agency up on its Exemption proposal: Andreas Stargard, a competition practitioner with Primerio Ltd. observes that the CCC’s announced “leniency ‘window’ to incentivise firms to come forward and obtain an exemption” has closed at this point in time, although he expressed doubt that the relatively short one-month period was sufficient and will likely be extended.  Says Stargard: “We are seeing several parties, both global & local companies, who are beginning to take the CCC’s non-merger enforcement seriously.  These undertakings are considering to obtain advance clearance of their business practices under the Commission’s Notice procedure.”  One such example, he adds, is Kenya’s financially embattled Eveready East Africa: it has reportedly sought CCC approval of its agreements with international manufacturers for the importation and distribution within the COMESA common market of their diverse products, ranging from batteries to fountain pens to Cloro 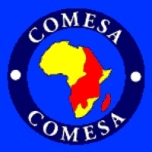 x-brand chemicals.  The Commission has invited “general public and stakeholders” for comments according to its formal statement.

In light of these developments, Stargard advises that:

“multi-national firms operating within COMESA or jointly with a COMESA-based importer or other domestic business partner should consider engaging counsel to evaluate their practices, and if they may fall within Article 16 of the Regulations, consider approaching the CCC for an authorisation letter.”