Announced in Lusaka by COMESA’s Assistant Secretary General in charge of Programmes, the long-awaited Regional Seed Certificates will be issued by member states’ national seed authorities, in an attempt to level the competitive playing field and establish guaranteed performance and yields of otherwise unpredictably performing seed products.  The COMESA programme requires verification that a registered seed lot in the region’s “Variety Catalogue” has been inspected to field standards and laboratory analysis. 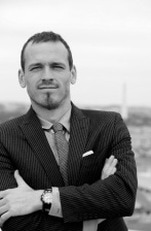 “The COMESA Competition Commission (CCC) having approved no less than three major agricultural mergers over the past year (Bayer/Monsanto, Dow/DuPont, and Syngenta/ChemChina) — all of which involved significant seed production and R&D elements — the Regional Seed Certificate programme represents the next step in bringing to fruition the COMESA Seed Harmonisation Implementation Plan (COMSHIP), designed to align seed regulations within the trading bloc,” says Andreas Stargard, a competition lawyer with Primerio Ltd.  “The Secretariat’s stated goal of COMSHIP is not only to assure product quality and grow intra-bloc commerce, but also increase the extra-regional competitiveness of the trade group’s substantial seed industry,” in line with COMESA’s Seed Trade Harmonization Regulations of 2014.

According to its own statements, whilst only five member countries (Burundi, Rwanda, Kenya, Uganda and Zimbabwe) have fully modelled their national seed laws on the COMESA Seed System, the group’s Seed Certification system is the first such “use and distribution of seed labels and certificates as a way of improving access to quality seeds in the region” anywhere in the world, based on a model suggested by the OECD.  The system will “impact virtually all of the approximately 130 million COMESA inhabitants, who stand to benefit, according to the group, from assured-quality improved seed production and usage, as well as a de-fragmentation of the historically rather localised, national markets for seeds,” commented Stargard.

Practically speaking, the seed certification labels will incorporate machine-readability, traceability, and security features, and will be printed in the COMESA official languages: English, French and Arabic.