We recently wrote about the landmark enactment of the new South African competition legislation that makes hard-core price-fixing a criminal offence, subjecting cartelists to up to 10 years imprisonment.  Nigeria is usually not on the radar of antitrust practitioners, however, and certainly not in the criminal sense, either.  As regular readers of AAT know, the Republic of Nigeria has featured occasionally in our posts despite not having a functioning antitrust regime, yet.  As editor and Pr1merio director Andreas Stargard wrote in an article entitled “Nigerian antitrust?“, scholars and political activists alike have promoted the idea of establishing an antitrust regime in West Africa’s dominant economy: ‘Today, AfricanAntitrust adds its voice to the steady, though infrequent, discussion surrounding the possibility of a Nigerian competition-law regime.  In our opinion, it is not a question of “if” but “when”, and perhaps more importantly, “how“?’

Today, contributing author Bob Enofe adds his voice to the mix, and we are publishing one of his articles that originally appeared on Robert Connolly’s cartel capers blog. 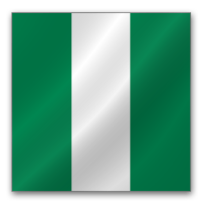 The Federal Republic of Nigeria is currently in the process of enacting a competition law, including to criminalise cartel activity amongst competitors. While such is in line with moves made by various other jurisdictions and theories of ‘rational actor’, sanction and deterrence, on ground realities suggest that criminalisation where transplanted might be seriously flawed.

From the late 1990s, and particularly in the year 2000, the Federal Government of Nigeria commenced moves to enact a Competition Law. Under such law, business cartel activity defined as agreements between competitors, aimed at distorting the process of competition and generating monopolistic rents, would be criminalised. The ‘Federal Competition Bill, 2002’, an executive bill drafted by the Nigerian Bureau of Public Enterprises (BPE), was titled: “a Bill for an Act to provide necessary conditions for market competition and to stimulate creative business activities, protect consumers, and promote the balanced development of the natural economy, by prohibiting restrictive contracts and business practices that substantially lessened competition”. It was also to be a Bill to regulate “possible abuses of dominant positions by businesses, and anti-competitive combines, and to establish the Federal Competition Commission, for effective implementation and enforcement of all the provisions of the bill”.  According to relevant sections of the bill, cartel agreements amongst competitors, including price fixing, bid rigging and market division, were also to be expressly criminalised. Clearly a robust and comprehensive bill, 16 years after introduction to the Nigerian National Assembly, the bill remains to be passed into law. Several amendments have since been presented, together with other bills presented by lawmakers. In every case, such bills have either stalled at first reading stage, or in certain cases disappeared from the legislative process. In one of such instances, an amendment of the above bill (The Federal Trade and Competition Commission Bill, 2006) was “vehemently” objected to by distinguished Senators, prompting governmental withdrawal. Amongst reasons advanced for the reception accorded the bill included that there was no need for a distinct ‘competition commission’, in the face of an already existent consumer protection council in Nigeria; other legislators simply complained about a proliferation of “too many commissions” in the country. Commentators have alluded to overt ignorance and lack of particular inclination for the subject, on the part of Nigerian Senators, as in reality underlining the reception accorded the bill.

In a paper recently presented at the #SLSA2016, ‘Developing Countries, Nigeria, and Cartel Criminalisation: of Transplantation and Desirability’ I had outlined how Nigeria’s attempt to introduce a competition law, and in particular criminalise cartel activity, reveals a (marked) lack of societal inclination towards competition law and prior poor advocacy on the part of government. Social norms are crucial to the effectiveness of law reform. Desirable social norms ensures amongst other things that prohibited conduct will be reported and discovered, even without direct enforcement or investigative

intervention, thereby complementing stretched law enforcement efforts.[1] Such also imply that prosecutors will be willing to enforce and vigorously police provisions of the law where passed, and in the case of the judiciary, stringent sentences will also be applied—or at least not deliberately avoided—so as to facilitate the deterrence potential of the applicable law. Perhaps most crucially for Nigeria, existence of such norms also mean that law makers are incentivised to support reform efforts, while the chances of ‘hijack’ by private interests will be slim. Absent such norms the chances of Nigeria’s competition and cartel criminalisation law, even when passed, could be (remarkably) marginal.

Heightened advocacy, together with a careful selection of test cases once the law is enacted is advanced as capable of remedying the above situation. In the face of sub-par institutions characteristic of the Nigerian context however (including severe limitations in the operation of the rule of law), abilities to so ‘guide’ social norms will be in reality seriously limited. An online petition regarding corruption amongst Nigerian senators, for example, reflect in part difficulties that could frustrate transplantation of cartel criminalisation, absent independent, effective, anti-corruption reforms in the country.

Neoliberal theories of rational actors, sanction and deterrence, imply to large extents a similar existence of contexts as have underlined effectiveness in western societies. In many cases, on the ground realities suggest that theories where transplanted, could be seriously flawed.

As I have argued in another paper currently under review (details to be communicated soon, hopefully!), one size cannot fit all- with developing countries and cartel criminalisation, the point gains extra force. To the extent that fines and other administrative means of enforcement are limited in ability to effectively curtail cartel practices, suggests a need for continuation of relevant research. Criminalisation hardly represents the ‘Golden Fleece’.