The attendees ranged from the SA Minister of Economic Development, Ebrahim Patel, and the Commissioner of the Competition Commission, Tembinkosi Bonakele, to their Russian and Kenyan counterparts.  Kenya Competition Authority director general Francis Kariuki emphasised the officials’ desire to remove barriers to trade.  He was quoted as saying he looked forward to exchanging information on cross-border cartels, which affect both the South African and Kenyan economies: 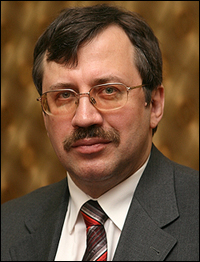 “We have regional economic communities and regional trade. There are some infractions in South Africa which are affecting Kenya and vice versa. We want to join hands to do market enquiries and do research. This will inform our governments when they come up with policies.”

On the inside-BRICS front, the SA Commission signed an MoU with Russia, adding to Russia’s “rich and diverse bilateral agreements portfolio.”  The MoU is described as focussing particularly on pharmaceutical and automotive sectors, in which pending or future sectoral inquiries would see information-sharing between the Federal Antimonopoly Service (FAS) of Russia and the SACC, according to the FAS deputy chief Andrey Tsarikovskiy.

Mister Patel’s keynote address showed the glass half-full and half-empty, focussing in part on the need to “scale” the South African agency activity up to the level of the “success story” of domestic competition enforcement and its large caseload (quoting 133 new cartel cases initiated in the past year).

Never one to omit politicisation, Mr. Patel noted the perceived parallels he saw between South African history of concentrating economic power in the hands of a minority, raising indirectly the issue of public-interest concessions made in antitrust investigations, including M&A matters.  Mr. Patel clearly sees the SACC’s role as including a reduction in economic inequality among the populace, rather than being a neutral competition enforcer guided solely by internationally recognised legal antitrust & economic principles.  Both he and Commissioner Bonakele drew parallels between their anti-cartel enforcement and a purported reduction in the SA poverty rate of a whopping four tenths of a percent.

South Africa and Russia plan to “influence” global platinum market “without cartel” — [it escapes the author how this is possible].

Russia and South Africa, who together hold approximately 80% of worldwide platinum reserves, have signed a provisional agreement to co-ordinate efforts to control the global platinum market. Details of the plan emerged at the fifth summit of emerging economies of Brazil, Russia, India, China and South Africa (“BRICS”), held in Durban, South Africa last week.

South Africa is the world’s largest producer of platinum, controlling approximately 70% market share, whilst Russia is the world’s top palladium producer, accounting for approximately 40% of the palladium market; Russia notably also holds a further 10% of the platinum market. The two countries jointly possess almost complete market dominance over platinum. The only other significant reserve of platinum that has been extracted outside of Russia and South Africa is in Canada’s Yukon territory, accounting for approximately 3% of the worldwide reserves. In recent years, platinum producers have faced rising production costs and a drop in prices, due to poor demand for the metal.

South African Mining Minister Susan Shabangu confirmed the plan with Russia, saying: “We’re not really controlling the market” and “We want to contribute without creating a cartel, but we want to influence the markets.” The South African Department of Trade and Industry Director-General, Lionel October, said, in support of other comments by Shabangu that “We will give access to minerals and then incentivise companies to add value locally.”

Russia and South Africa’s plans may be derailed due to competition concerns, however.  For example, previous attempts at consolidation within the platinum industry have raised red antitrust flags and were ultimately abandoned. In 1996, Lonmin and Gencor lost an appeal against a European Commission decision blocking the planned merger of their South African platinum mines (Case No. IV/M.619, Commission decision of April 24, 1996). This was the first E.C. decision prohibiting a merger on collective dominance grounds. The Court of First Instance (now called the EU’s General Court) upheld the decision of the Commission, validating its concerns that the merger would result in collective global platinum market dominance (Case T-102/96).