After its 2017 administration change, the Republic of Angola is eager to join other African nations with nascent competition-law enforcement regimes: Having been approved by a unanimous majority of 183 votes in parliament, the new Angolan competition act is expected to be enforced by the also newly-established “Competition Regulatory Authority” (“ARC”) in short order, before year’s end, according to experts.

According to reports, the Angolan law (comprising 56 articles across 8 chapters) prominently includes principles such as the public-interest criterion and “rules of sound competition in morality and ethics.”

Says Andreas Stargard, an antitrust/competition and white-collar attorney with Primerio Ltd.: “These are concepts often deemed non-traditional in the antitrust laws in the Western hemisphere.  Yet, public-interest considerations are increasingly common in African competition-law legislation and indeed often form the basis for otherwise difficult to justify pragmatic enforcement decisions we now encounter more frequently across the continent, both in merger and non-merger cases.”

Angola is a member of the African Union and the SADC (Southern African Development Community), whose most prominent member, the Republic of South Africa, has a comparatively long history of including public-interest considerations in its two decades of antitrust enforcement.  As to the general concept of Angola finally adopting a competition-law regime, it appears that a key driver was the anticipated diversification of the domestic economy:

“A functioning Angolan competition regime (meaning not only the statute but also including an effective enforcement agency) is long overdue, as recognised by the recently elected Angolan president, João Lourenço,” says attorney Stargard. “By supporting enactment of the Competition Bill, Mr. Lourenço has made good on his campaign promise from 2017 to incentivise foreign direct investment, increase domestic business growth, and — importantly for the population — encourage price competition in local consumer goods markets, as the cost of living in Angola is among the highest on the African continent”.

One of the drivers of the new government’s push for FDI and organic GDP growth is the desire to de-link the Angolan economic dependence from oil prices and production, and possibly also from China (which remains the country’s largest trading partner by far). Angolan fossil fuel and diamond exports — together by far the largest sectors of the economy, and as commodity industries, quite naturally subject to collusion risk and/or monopolistic practices, according to Mr. Stargard — have yielded at best inconsistent benefits to the country’s population at-large, and President Lourenço’s pro-competition intitiative appears to support the diversification of his country’s lopsided economy historically focused on mining and resource extraction.

When the Stick is Greater than the Carrot

While China Petroleum & Chemical Corporation (Sinopec), and global commodities trader and miner Glencore are the front runners in a bid to buy Chevron’s South African Business (Chevron SA), it appears that Sinopec has managed to edge ahead after the Chinese firm has agreed to a number of public interest conditions in an effort to placate the South African Minister of Economic Development, Ebrahim Patel (Patel) and avoid ministerial intervention before the Competition Tribunal’s (the agency responsible for approving the merger) hearing.

The South African Competition Commission (SACC), responsible for investigating and making recommendations to the Tribunal, recently published its recommendation in relation to the proposed Sinopec-Chevron deal. Unsurprisingly, consistent with large mergers (particularly by foreign acquiring firms) – the SACC’s recommendations contain a number of non-merger specific public interest conditions. A feature of South African merger control which has become increasingly prevalent in recent years (refer to the AB-InBev/SAB or the SAB/Coca-Cola mergers) – largely as a result of Minister Patel’s ‘direct’ involvement in the merger control process.

It is not yet cast in stone that Sinopec will in fact be the acquiring entity as the minority shareholders in Chevron SA enjoy a right to first refusal. Regardless of the entity who is ultimately successful in acquiring Chevron SA (Chevron has confirmed that the proposed deal with Glencore is also currently before the SACC), the South African government has set its price for investing in South Africa, as confirmed by Minister Patel’s following statement:

“Government will not choose to whom Chevron sells control of Chevron South Africa, but we will ensure that proper public interest conditions, in line with the Competition Act, should apply to whoever is the successful bidder,”

Although conditions regarding employment falls within the scope of section 12A(3) of the South African Competition Act, the remainder of the recommendations made by the SACC in casu goes beyond what was envisaged by the legislature in Section 12A(3) of the Competition Act. In this regard, the conditions recommended by the SACC include inter alia the following:

More specifically, Minister Patel requires that Sinopec makes a R6bn Capex investment, commits to increasing the level of BEE ownership in Chevron SA from 25% to 29% and, an all-time favourite condition, establish a development fund worth R200m.

As John Oxenham, Director of Primerio notes, the absence of merger specificity together with the imposition of public interest conditions which go far beyond the specified grounds listed in the Competition Act has been consistently criticised for resulting in uncertainty, delays and costs in the merger review process. It also sends a message to entities that South Africa is open to business… on condition (at a time when our economy could do with every bit of foreign direct investment).

John Oxenham further notes: “The Competition Amendment Bill has broadens the scope of the SACC’s powers with regards to public interest, to include the ability of small businesses to enter into, participate in and expand within the relevant market and the promotion of a greater spread of ownership.”

Competition law enforcement in South Africa is set for a significant shake-up to the extent that the Amendment Act is brought into effect – which is likely to occur in 2018. For further insight and commentary to the Amendment Bill, please see an AAT exclusive article here.

One message which business is desperately shouting across at the South African Government at the moment is “policy certainty!”  However, the SACC’s recommendation in casu and the proposed changes to the Competition Act is a move in the opposite direction as it seeks to place a great deal of discretion in the hands of a few key policy decision makers (namely the Minister of the Department of Economic Development and the SACC’s Commissioner). Discretion, exercised in a subjective manner, runs very much contrary to policy certainty – which, in light of an imminent cabinet reshuffle under new ANC President Cyril Ramaphosa’s leadership, may be of particular concern.

Although the Tribunal ultimately needs to approve the merger, the Tribunal is reluctant to intervene in proceedings which are uncontested – which Minister Patel knows all too well. Accordingly, as a crafty negotiator, Minister Patel is well aware that parties in the position of Sinopec have one of two options, agree to the public interest conditions and expedite the merger review or proceed with a contested hearing which will most likely be opposed by the Minister. 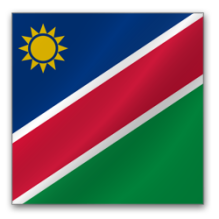 Dawn raids are gaining significant traction throughout the African agencies following the Namibian Competition Commission (NaCC) very recent (16 September 2016), raid conducted at the operations at Puma Energy in Windhoek. The raid follows the NaCC having received numerous third party complaints alleging that Puma Energy was abusing its dominance by engaging in excessive pricing practices in the aviation fuel supply market.

The NaCC had recently published Guidelines in relation to Restrictive Practices. The Guidelines focus primarily on the NaCC’s investigative powers and in particular, search and seizure operations. Africanantitrust suspected that the Guidelines would result in a move by the agency to be more proactive in its efforts to detect, prosecute and ultimately combat anti-competitive practices.

Africanantitrust had noted that search and seizure operations by competition law agencies across Africa were on the rise. The South African Competition Commission has drastically increased its utilisation of dawn raids as an investigative tool in its arsenal. The SACC has, furthermore, provided guidance and training to a number of other African jurisdictions respective agencies on search and seizure operations and how to conduct effective dawn raids under the auspices of the African Competition Forum.  Says John Oxenham, competition practitioner with Pr1merio: “2016 saw Kenya conduct its first dawn raid in the fertiliser sector as well as Zambia increasing the number of dawn raids conducted.”

The South African Competition Commission’s advocacy efforts should be considered in light of the number of recently concluded Memoranda of Understanding which the SACC has entered into with other regional agencies as well, including the NaCC.

In terms of the MoU with Namibia, it is envisaged that there will be greater cooperation in relation to information exchanges and assistance with common investigations between the NaCC and the SACC.

The NaCC is yet to prosecute an abuse of dominance case and we will ensure that Africanantrust continues to monitor this case and provide our followers with timeous updates should any significant further developments take place.

Flying somewhat under the radar during the Christmas and year-end holiday season (but not under AAT’s radar), the South African Petroleum Industry Association (made up of BP, Shell, Chevron and other oil heavyweights) have sought a five-year renewal of their currently temporary holdover exemption from certain competition laws, which will expire in June 2016.  The application was made on Christmas Eve 2015 under section 10(6)(a) of the Competition Act.  SAPIA has not posted any news item or press release about its application on its web site to date.

SAPIA is seeking permission to allow its members to “cooperate and co-ordinate” on common industry logistics issues, as Andreas Stargard, a director with African competition-law and anti-corruption advisors Pr1merio notes.

“These include areas such as Single Buoy Mooring, port facilities, shipping, mooring, and interestingly also distribution as well as less well-defined ‘production and manufacturing plant shutdowns.'”

As Stargard observes, from an antitrust perspective, this could be of significant interest: production limitations would necessarily decrease available supply and thereby have the potential to drive up price, he notes.  Under the terms of SAPIA’s application, the plant shutdowns are both scheduled and unscheduled and supposedly relate to upgrades and safety measures only, according to the application.  In practice, however, such an exemption could give possibly provide the oil industry with carte blanche on competition issues and market manipulation.

In order to assuage concerns, the SAPIA members agree, in return for the exemption, that:

Competing participants in exempt agreements and practices may not share competitively sensitive information, except for the purposes described in the exemption application.

SAPIA and its members may not share information relating to setting of margins, imposition of levies and or approval of tariffs, unless required to do so by the DOE or NERSA.

The employees of any operating party who receive such information shall ensure that the information is held, maintained and used separately, confidentially and on need- to-know basis only.

The full text of the request for exemption is located here.  Interested parties and the public have 20 business days to comment on the application.